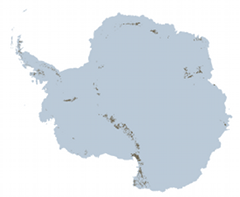 Land in the Antarctic is more than 90 percent covered by ice. It was therefore decided some time ago in OpenStreetMap that the ice cover in general is not to be explicitly mapped and instead it is assumed that all land (as mapped by the coastline) is ice-covered south of 60 degrees southern latitude unless it is explicitly mapped otherwise.

This convention simplifies mapping a lot but it also produces some difficulties for data users since they need to take this into account if they want to correctly interpret the OpenStreetMap data.

If you render a map displaying glaciers and icesheets based on OpenStreetMap data you can either modify the rendering style locally in the Antarctic to take care of the different tagging rules or you use the Antarctic icesheet data provided here in addition to the normal glacier polygons from OpenStreetMap.

The icesheet data here essentially contains a set of polygons and corresponding outlines of the ice-covered areas not explicitly mapped.

This is generated by processing the land polygon data and the landcover mapping of the area from OpenStreetMap with spatialite. The processing scripts are available on github as Open Source.

More detailed information can be found in this blog post.

Here a rendering example from the OpenStreetMap standard style, on the left without the icesheet polygons, on the right with them - rendered using the same styling as for normal glaciers. 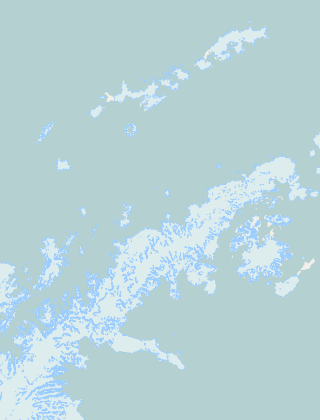